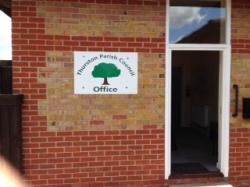 Parish, Town and Community Councils are the most direct form of democracy in England and Wales, being the first tier of local government. Thurston Parish Council has been in existence since 1894, making it one of the oldest Parish Councils and, in 1994, celebrated its centenary with various commemorative activities.

This tier of local government is set to have more responsibilities placed upon it due to changes within the law relating to the Localism Act of 2011, the Audit and Accountability Act of 2014 and a number of other legislation currently being laid before parliament. This will result in a busier Council - from a resident's perspective a more local place to access information and raise concerns.

The Council is an elected body with eleven seats filled by Thurston residents whose primary function is to ensure that the Parish is efficiently and economically run using a proportion of the annual Council Tax income.

The Parish Council has a broad range of responsibilities some of which can be summarized below: